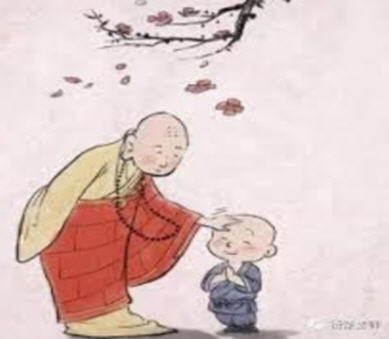 There was a young novice monk who lived in a Zen temple. He often felt bored during his practice, so he got hold of a small stepping stool in order to climb the wall and sneaked out for a night tour.

One day, the elder monk discovered this matter and was not quite sure how to tackle it. On one hand, he thought that it is not such a bad thing for young novice monks to catch a breath of fresh air, but on the other hand, this was against the regulations of the temple.

After careful consideration, the elder monk timed the young novice’s return, then removed the stepping stool, and then arched his back at the base of the wall, using himself as the stepping tool instead. As expected, the novice stepped onto the elder monk’s back, while hopping over from the wall. He immediately identified that and felt very shameful. The elder monk took the opportunity to teach him: "Cultivation requires undivided attention without distraction in order to achieve our goals." From then on, this young novice monk has never escaped again, as he was touched and willingly not to commit the same mistake.

If the opinions of others are expressed in the form of harsh words and actions, even if it means good for the recipient, the idea might not be accepted whole-heartedly. Education requires loving kindness and sincerity in order to be effective.