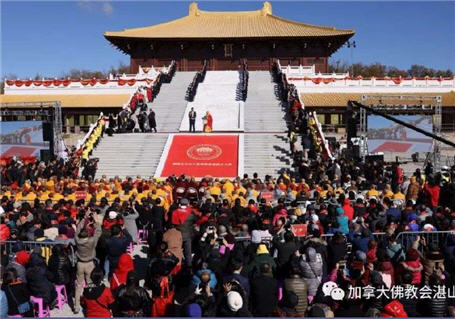 October 5, 2019 - The Consecration Ceremony of the Main Buddha Hall with its Buddha statues within and Consecration Ceremony, attended by many political dignitaries, sangha representatives from Canada, China, US and other overseas, as well as patrons, laities, attendees and local community. Consecration Ceremony for Bodhisattva Manjusri at the South Platform has taken place in the afternoon. The event showcased the Tang-dynasty style architecture of the wooden structure built with ancient Chinese technique called “dougong”, using large wooden interlocking brackets without a single nail. This is not only a simple piece of architecture, but also a symbol of Chinese Buddhism flourishing in North America, brought into existence with immeasurable efforts and donations from many supporters from all corners of the world. 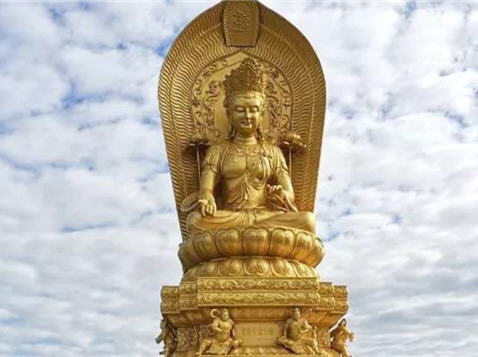